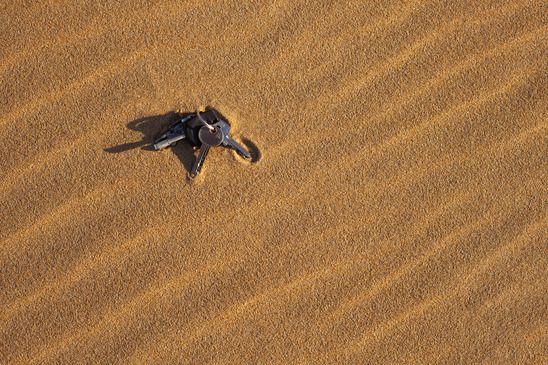 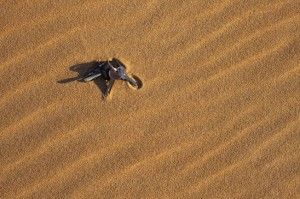 “I lost my keys” – that is a dreaded phrase that includes feelings of panic, anxiety, and even embarrassment.  It’s OK though, most everyone has lost their keys at some point.

But sometimes, when you’ve lost them.  They’re gone.

Don’t worry, you can get them replaced (that’s what I do…replace lost car keys) and after a little bit of embarrassment (and a little bit of cash), you’ve got another set of keys and you’re on your way.

It’s a simple thing to recover from lost car keys (other things lost like a license or credit card, not so easy).

There Are Dumber Things Than “Lost My Keys”

Every so often, though, people do very dumb things around their cars or other vehicles that get them hurt (or killed).  Here are some of the more noteworthy, compliments of The Darwin Awards:

Another would-be thief has been discovered languishing as a pile of bones, this one by an artisan brick mason. The protruding foot and leg bones found during building renovations belonged to a thief who tried to rob a Gift shop by way of the second-floor chimney fifteen years before, speculated bemused authorities. Maybe he should have tried a skeleton key. Read More…

Perhaps if he had an Auto Remote he could have pressed the panic button.

Manoel Uses His Lighter Where He Shouldn’t

(29 January 2003, Brazil) At work, Manoel was responsible for cleaning out the storage tanks of gasoline tanker trucks. He had been employed in that capacity for two months when he ran afoul of fuel.

The 35-year-old began to fill a tanker with water, a standard safety procedure that forces flammable vapor out of the container. He returned an hour later to check whether the water level was high enough to proceed. But he had trouble deciding, because it was so DARK inside the tanker. Read more..

Have you seen our recent flashlight giveaway promotion?  I guess Manoel didn’t.

(July 2011, New York) Protesting motorcycle helmet laws, an Onondaga, NY man was participating in a bare-noggin protest ride when he was killed via flipping over the handlebars. The motorcycle accident injured the noggin of Mr. Contos, 55, fatally damaging a brain that was unable to determine the physics of the situation. Read more…

Do yourself a favor…when you find yourself saying, “I lost my keys!” do something smart.