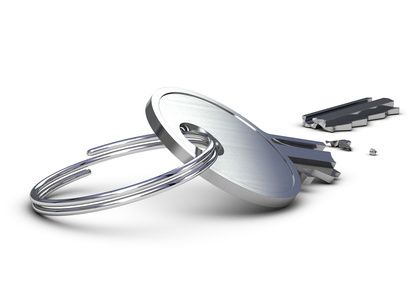 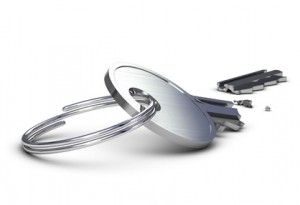 Have you ever tightened a screw so hard that the head snapped off?  Or tried to pry something with a screwdriver and broke the screwdriver in two?  You discovered that, yes, metal can break (especially when it is cold).

I don’t know if this has ever happened to you with a key (it’s unusual for a car key because they are designed to withstand twisting stress) but if it has, you know how frustrating it can be to get it fixed…especially if the key has snapped off in the lock.

Broken Car Keys – Two Ways To Deal With It

Here are two ways to deal with broken car keys, prevention and intervention.

Prevention is always the cheaper strategy.  It’s far less expensive to apply prevention than intervention.  For example, getting oil changes for your car is ultimately cheaper than replacing the motor if it blows.

So there are two things you can do to prevent broken car keys.  First, make sure the key is not frozen or very cold. Metal becomes brittle when cold.

If the key has been sitting in a cold place, warm it up between your hands for a few minutes before sticking it in the ignition and twisting it.

Second, slow down.  Almost every time I’ve gone out on a call to fix broken car keys, I’ve been told by the client that they were in a rush, so they slammed the key in the ignition, gave it a hard twist and it snapped.

Take it easy on your key, it’s built to withstand stress, but not abuse.

If you’ve broken the key in the ignition, you might be able to pull it out if you have a very thin screw.  Take the screw and insert it into the gap between the broken key and the ignition cylinder, twist it until it grabs and then yank quickly.  Most of the time the key will come out and, if you have a spare set of keys, you’re on your way.

Broken Car Keys – Sometimes You Have To Call A Locksmith

If this does not work, you have to call an auto locksmith (hint, hint, nudge, nudge).  A good auto locksmith will remove the broken key (they are really good at it) and make you a new one at a reasonable cost.

Do you have broken car keys?  Need some help?  If you’re within 25 miles of Fairless Hills, PA, I can be out to you within a half an hour, remove your broken car keys, make you a new one and have you on your way.