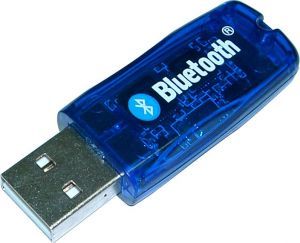 Blue Tooth for Cars – Is it Another Set of Hands?

In the next phase of human evolution, we’ll need to grow an extra set of hands.

Why?  Because of all the electronic stuff we’ll need to manage. And Blue Tooth for Cars might be that extra set of hands.

Blue Tooth for Cars – The Jetsons Needed It

Have you ever watched the TV cartoon from the 60’s, The Jetsons? It’s about a family in the far future where everything is electronic.  Everything is push button automated. But the biggest problem the Jetsons have is their fingers grow sore from pushing the buttons.

Blue Tooth for Cars – What Is It?

What is Blue tooth for cars?  Well, I could write a lengthy article on Bluetooth for cars, but someone has already done that.  Darn, beat me to it.  But here it is for your reading pleasure…

As Americans increasingly depend on their cell phones, more people are using them in their cars. Some cities and states have banned that practice, leaving drivers who want to talk on the phone with a choice between headsets or wireless Bluetooth technology.

Want to go hands free… and be more advanced than the Jetsons?  Get Blue Tooth for Cars.

Give me a call.  I install blue tooth for cars.  I’ll move you into the 21st century (or at least get you sorted out with all your electronic stuff).